I DID NOT GET A TATTOO

I know posting this took me a while, partly because I have been working and my sister is here visiting me (yay) but mainly because I didn’t think I would need to post it at all.

A couple of weeks ago, on APRIL 1ST, I made a blog post called INKREDIBLE about how I got a tattoo in exchange for donations on our Indiegogo page. Only, I didn’t. It was a joke. April Fool’s and all that. I didn’t even mean to actually trick people, I kind of figured that the date and the incredible size of the tattoo would make it clear that it was nothing more than 15 min of Photoshop on a slow afternoon. But surprisingly, quite a lot of people believed it or at least needed some confirmation from me that it wasn’t real. So, I am telling all of you now, I did not get a tattoo of a logo the size of an average hand (didn’t know what to compare it to, shush) on my arm. So if you by any chance donated because of it, I’m sorry I didn’t actually mean to trick you! (but it sure beats putting shampoo on the door handle.)

Proof. OR DID I JUST PHOTOSHOP THE TATTOO AWAY??!!! No. I didn’t. Please stop asking.

To everyone who donated, thank you soooo much! Your donation helped make sure we can actually do this project and it will be put to good use!

A few weeks ago I made a blog post  about the documentary I will be working on this summer. I wrote about the project and what people could do to support it, including donating a little something on our Indiegogo-page. I made a kind of promise that If we made our goal, I’d get our logo tattooed. Now, some people turned that around and said that if I got the tattoo, they would donate. So, to prove how serious I am about this thing, I got some ink done!!
I’ve always wanted a tattoo but was never sure what to get, so this was the perfect opportunity for me. I would’ve liked it a bit smaller but because of the fine stripes bigger was better (it hurt though!). I love the result, it’s not 100% straight but it’s barely noticeable.

Apologies for the crappy phone picture, I’ll make a decent one soon!

So!
Everyone who thought I wouldn’t stick to my part of the deal: HA!
YOUR TURN:
https://www.indiegogo.com/projects/canoe-icon-of-the-north/x/6268936

If we make our goal, I’ll canoe my way home in august!

As a lot of you know, I live in Canada now. For the past 5 (!) months I’ve been trying my best to dive head first into Canadian culture; feasting on poutine and beavertails, ending every other sentences with ‘eh’, trying to find new ways to apologize for something I shouldn’t be apologizing for and I’ve even briefly considered buying milk in a bag (not quite Canadian enough/ready for it). Thanks to some awesome people I even had a big Canadian birthdayparty!

Another aspect of Canadian culture is the canoe. Which for me was, until recently, that boaty thing that looks like a kayak but isn’t a kayak. And also, the rowing sticks have only one flat bit instead of two!
So you could say I’m a bit of a newcomer to the paddling-scene. My family has never been a water sports kind of family. It’s not that we don’t like it it’s just that it’s not that popular here and there’s just not a lot of opportunity for it in our area. And when we do make an effort to have a paddling day out, things like this happen:

No brothers or kayaks were injured during the making of this image.

So yeah, total canoob (GET IT?) over here! I’m about to change that though, and I’ll do it in the best way I can imagine. This summer I will be working on a film that tells the amazing story of the canoe and its role in North-American culture in the past, present and future. We will be paddling our way through the beautiful wilderness Ontario and Quebec have to offer (that’s right Yukon, NWT, Alberta and BC, you’re not the only ones with nice lakes and pretty views!), camping along the way, meeting with some interesting people who have been a major influence in the world of canoe and who’s world has been majorly influenced by canoes.

Yours truly has the amazing opportunity to not only spend the summer canoeing and exploring this amazing country (dream come true) but also to share this experience with a super cool and motivated team and capture it and share it with the world. (even more dreams coming truer!).

As with lots of things in this world, this project costs money. And as I’m trying my best to win the Tim Horton’s Roll Up The Rim $5000 Visa Card by drinking 17 coffees a day (and I don’t even really like coffee), help is most welcome and appreciated. We’ve already got some awesome sponsors helping us out with equipment and advertising our film. But, in the words of the famous Mr. Tesco: “Every Little Helps”. (Subtly hoping for some sponsorship right there.)

Please check out our

Watch the video (and try not to laugh at my sweet sweet West-East-Flemish-Dutch accent) and if you feel like it, support us with a little something. Even if it’s only $10 (for my European friends, that’s only €6,5! – For my UK friends, that’s only £5.4!) it will make a difference for us and help us make this project even better!

*By tattooed I might mean draw it on with a sharpie.

No matter what you think the title means, you’re probably wrong. Except if you figured that I went to a greenhouse located in Allan Gardens park and brought one of my external flashes and took some pictures, then you’re absolutely right!

I don’t use my flashes as often as I could (should?) but this week I took one with me to the Allan Gardens Conservatory to try and get some use out of it other than using it for self-portraits where I throw stuff at my own face. Don’t ask.
After 2 minutes in the conservatory I noticed some ants and more than 3 hours, about 37 different camera-sutra-worthy poses, a probably lifelong back-injury and a full 16G CF-card later I decide I’ve distracted enough people and scared enough children with my unnatural ways of bending.
This is the result of the macro-photography-yoga-session (which, considering how tiny the ants were, how uncomfortable the area was, the fact that I was holding and controlling a flash in one hand and holding and controlling a camera with a decent sized lens that I had to focus manually – with my chin- in the other, I’m reasonably happy with.):

Some other random pics I took on my yoga-breaks:

I’ll make a post about the conservatory and other things on my canadium-blog soon as well as update my Flickr, so keep an eye on those!

Wow, so dog, much pretty.

It’s been nearly 4 months since I left my home, sweet home and though I really like it here, there’s still some things that I definitely miss. My friends and family of course, having and driving a car, my big soft comfy warm bed, the Funky Friet and last but definitely not least this little monster:

I took these on our last (for now!) day out together. I’m sure that apart from not going out for nice walks on a regular basis she doesn’t even realize I’m not there. As long as she has a comfy place to sleep and good food every day she’s happy (really can’t blame her obviously). I still really wish I could take her out for a walk every now and then. It would definitely make living next to a nice big park even better. All I can do for now is wait until better weather fills up the High Park dog-off-leash-area again and pretend-own some of the dogs there.

But for now, looking at pictures and making blogposts will have to do.

Dat thirst again (it was a long walk)

… Jack Frost kicking you in the face (and every other uncovered part of your body) every 0.3 seconds, with cleats, that have razors instead of studs, which are frozen, but also on fire. You know how I know that? Because I thought it was a good idea to go out and do a long walk and take some pictures in this weather….

…it was actually, I had fun.

Printscreen of one of the pictures because my WordPress upload space is almost full and I’m a cheap bastard. Please look at the pictures

Please read that title in the style of the song by the Eels, as that is how I intended it. Thank you.
If you do not know the song, please click here while feeling slightly ashamed you don’t know this lovely song.

When I woke up today the sky was bright and the sun was shining which is actually just nature tricking me into thinking it is not too cold to go outside. As usual, I fell for it and went outside and as usual I do not regret a thing! I had a good walk and found a nice spot with a bunch of bird feeders which came in handy for some nice bird shooting attempts.

Anyway, this is the result:

It is a bit of a challenge shooting birds with only 200mm. But you know, it’s not the focal length that matters, it’s what you do with it.
I would’ve stayed longer to try and get more and better pics but there will be other days (days where I remember to put on better socks  and decent shoes and gloves and a scarf when planning to go stand in a bit of snow for an hour). 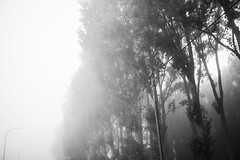 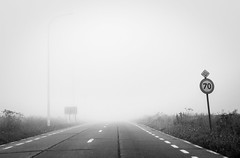 Jasmijn Decuyper
Create a free website or blog at WordPress.com.